It looks like we could be having a White Christmas

White Christmas: Have you been dreaming of one?

It is still too early to for Met Eireann to predict whether there will be snow on Christmas Day but the weather is turning more wintry as the week progresses.

Rain along western parts will spread east during Monday, but will become broken and showery as it progresses east. Temperatures will range between 8 and 10 degrees and light southerly winds will veer northwest with the passing of the rain. Monday night will be mainly dry with clear spells and temperatures will fall below freezing in many places with frost and fog forming widely.

Tuesday will start dry but once again cloud will increase from the west as light southerly winds begin to increase. Rain will develop along the west coast by afternoon and will spread eastwards during the rest of the day, turning heavy on Tuesday night as southerly winds increase fresh to strong. Temperatures during the afternoon will be between 5 and 8 degrees and remain relatively unchanged overnight, possibly even rising slightly.

Wednesday will start wet and breezy with the rain heavy in places, clearing away eastwards during the morning. The temperatures will be highest early in the day and will fall steadily during the day until they reach freezing overnight on Wednesday night. The southerly winds will veer southwesterly and will be mainly moderate. As the rain clears and it turns very cold there'll be a risk of snow showers starting along western coasts, and particularly over high ground in the northwest.

The further outlook for the later part of next week and until Christmas is for unsettled conditions, with snow showers likely to continue in the west and northwest for Thursday. 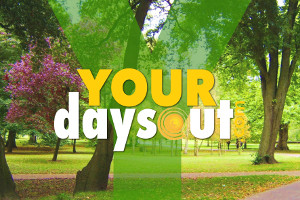