One twin was born first but brother is older; can you solve the riddle?

A hospital in America confused its followers by sharing a riddle to announce the birth of newborn twins.

Baby A was born first, but his twin brother, Baby B, is older. How is that possible?

Samuel was born at 1:39 a.m. on Sunday, November 6, followed 31 minutes later by Ronan, at what would have been 2:10. But at 2 a.m. that morning, Daylight Savings Time ended for the year, making it 1:10 a.m. and leaving Ronan – at least in the official record – older than Samuel.

“It’s the first time I have ever seen this in over 40 years of nursing,” Deb Totten, a maternity nurse at Cape Cod Hospital, told the Cape Cod Health News. 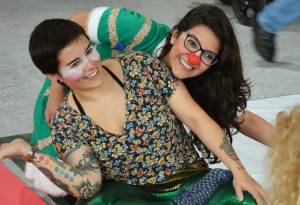