The Voice: Kaylee's song is being shared around the world. © Killard House

The beautiful voice of a 10-year-old girl from Co Down is being heard around the world after her version of Leonard Cohen’s Hallelujah at her school play has become an internet sensation.

Kaylee Rodgers has autism and ADHD, but has been growing in confidence with every performance after starting to sing at the age of just three.

She is a pupil at Killard House Special School and it was a video of the school choir’s version of Hallelujah that attracted almost 1,000,000 views.

Colin Millar, Principal of Killard House, told UTV that “for a child who came in P4 and would really talk, wouldn’t really read out in class, to stand and perform in front of an audience is amazing,”

“It takes a lot of effort on Kaylee’s part.”

Kaylee said that “it was really amazing how many views I got".

“I just loved doing it", she added

Revealed: How much money Christmas songs earn
Find fun things to do near you 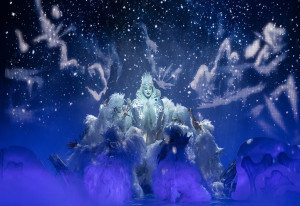